science requirements pushing forward the limits of current designs, from next generation XAO on VLTs to MCAO on ELTs

an event sponsored by the PSL-ANU collaboration

also sponsored by NEC and NVIDIA 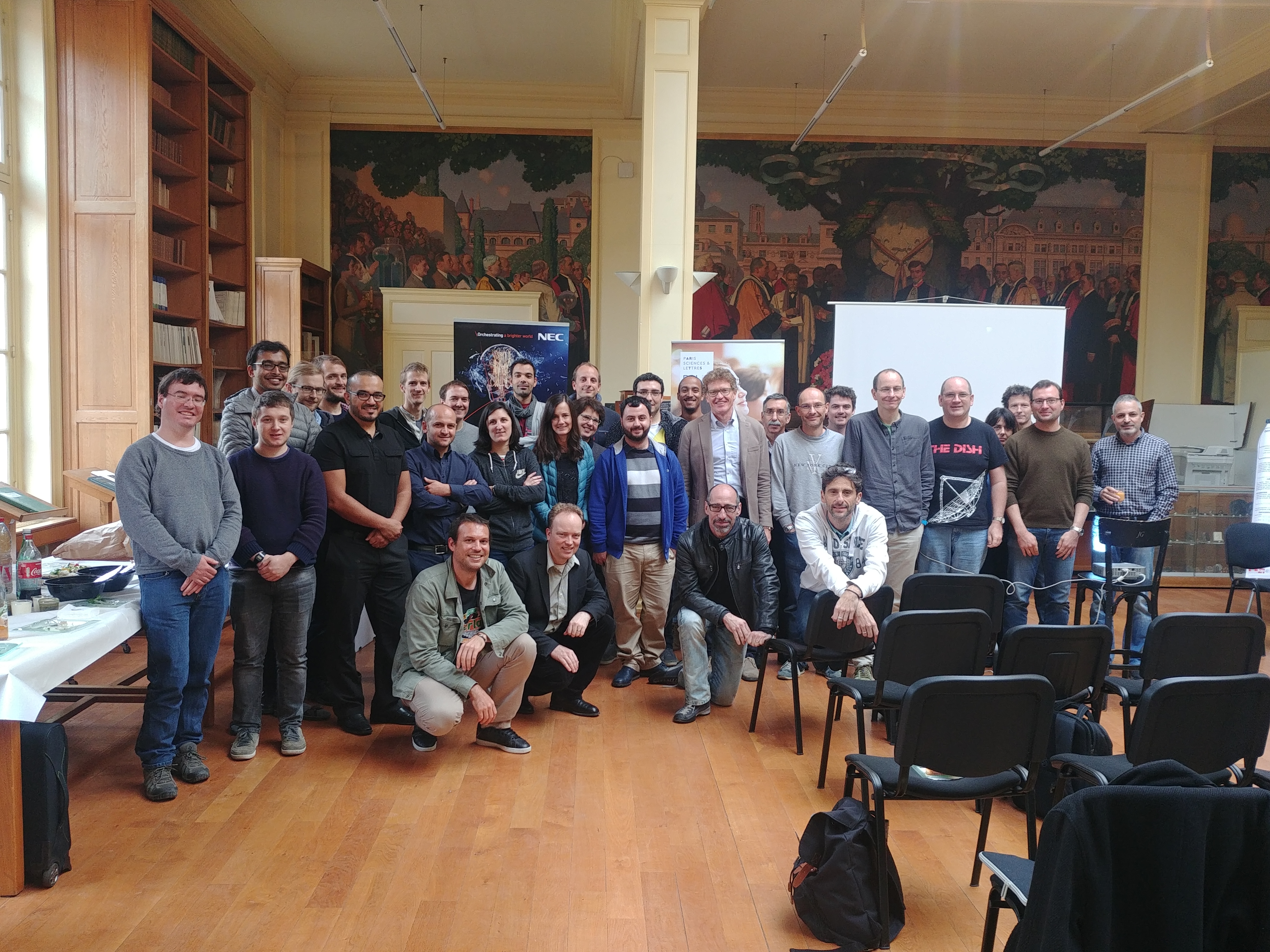 AO is an instrumental technique providing, on ground based astronomical telescopes, a significant improvement in resolution (up to a factor 10 for a 8m telescope and 50 for the future 30 to 40m telescopes), especially in the near-infrared by compensating, in real-time, for the effect of atmospheric turbulence. It requires a dedicated real-time control system (RTC) to drive the deformable mirror actuators for the wavefront sensor measurements. When upscaling the current AO control architectures to the future generation of telescopes and instruments, several aspects in the dimensioning and design of the AO RTC become critical, such as handling large and complex data streams or distributing data over the compute cores with real-time capabilities. As such, research in AO real-time control addresses the more general topic of high performance imaging applications and aims at enabling new technologies for transparent low latency pixels data transport from the detector directly to the image processing unit. This could have a significant impact for applications in which real-time image processing is critical including the medical imaging and automotive industries.

One of the most challenging application for AO is the direct detection and characterization of exoplanets requiring extreme AO specifications with very high frame rates implying sub-millisecond latencies and efficient memory accesses as well as the large number of controlled modes upscaling the number of required compute cores and associated memory bandwidth. Incidentally, the dimensioning of next generation extreme AO systems is pushing forward the limits of current designs.

Extreme comes also into play when dealing with the 25 to 40m diameter of future ELTs. Here, while the first generation of AO modules will have moderate frame rates, relaxing the constraints on latency, the amount of compute power required makes AO real-time control a full fledged application, requiring the deployment of distributed memory systems with time deterministic behavior.

This workshop aims at gathering the experts around hot topics in the AO community such as (but not limited to):

This workshop is a follow-up to the Durham 2011 (https://www.dur.ac.uk/cfai/adaptiveoptics/rtc2011/), ESO Garching 2012 (https://www.eso.org/sci/meetings/2012/RTCWorkshop.html) and the Paris 2016 AO RTC workshops (https://indico.obspm.fr/event/5/ , https://indico.obspm.fr/event/12/overview). These past events were good opportunities to gather actors in the astronomical community around topics realted to real-time control as well as HPC specialists and hardware vendors. This 5th edition will follow the same format. During 2 days, while speakers from these three domains will present research work and future generations of solutions and products, several dedicated panel discussions will be organized around general topics such as emerging compute technologies and HPC techniques applied to AO. 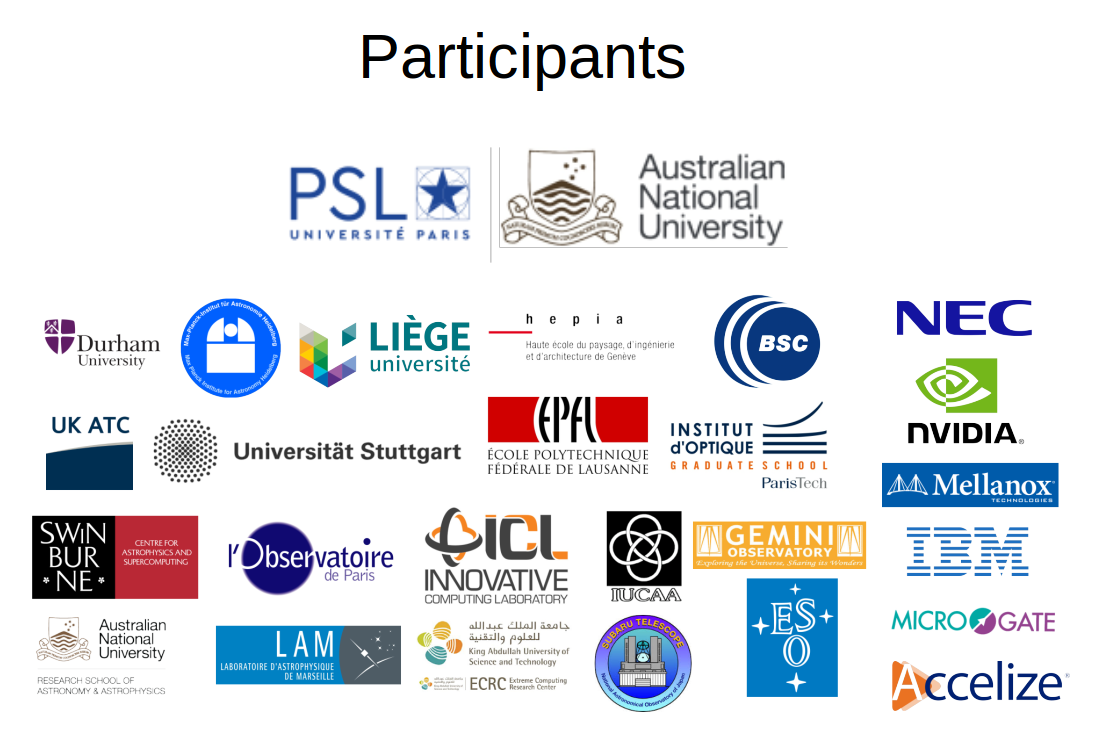 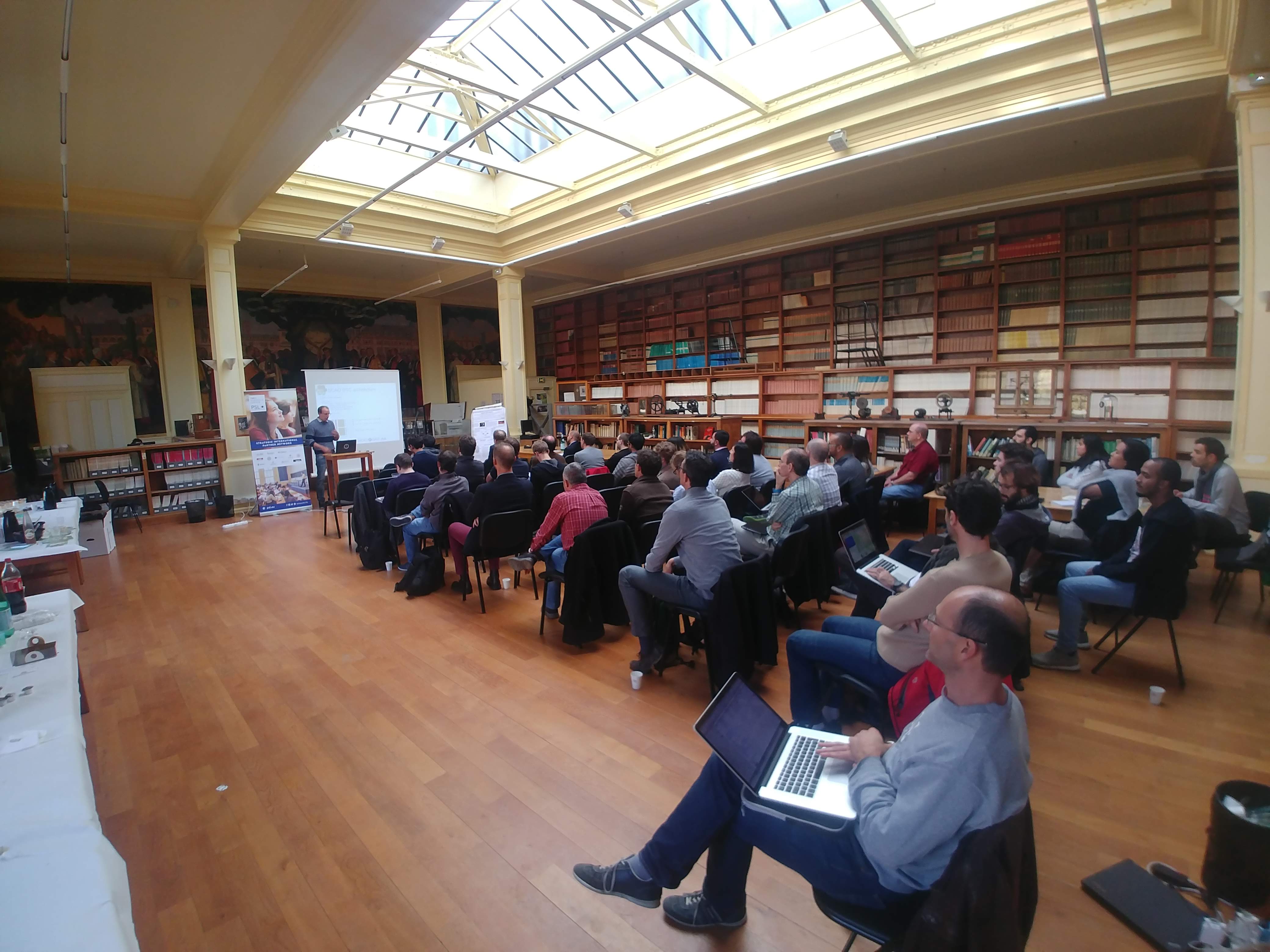